The Bible On Hyraxes 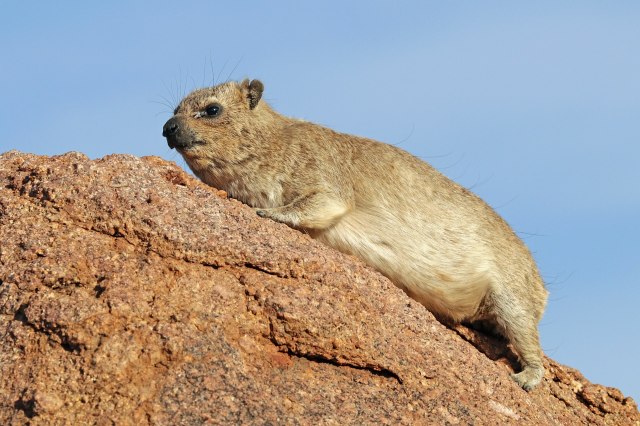 If you consult the wikipedia entry for hyraxes, you will find that the Bible is mentioned more times than one would think, even if the entry finds fault with the Bible for calling the jawing of the hyrax and the fact that it has multiple stomachs but can’t regurgitate chewing the chud.  That aside, though, the hyrax is an obscure enough animal that one will find it translated in a variety of diverse ways, as the coney or as the rock badger, even if few people know what it is.  I must admit I find the animal a bit derpy but in an adorable way.  What is notable about this particular little animal is that the Bible draws a surprising degree of insight about this animal even though it is intensely obscure, and I would like to comment on the insight that the Bible draws from this little animal as a way of pointing out the fact that no aspect of creation is obscure enough for wisdom and insight to be drawn for it, and we can feel glad that is the case for the hyrax.

It is worthwhile to note something about the hyrax in terms of its biblical name, as that name gives the reader some insight as to its character as far as the Bible is concerned.  It is the Hebrew word shafan that is used to describe the hyrax, and this word is related to the Hebrew word for concealed or hidden the way that treasures are.  Intriguingly enough, the hyrax’s identity was long hidden to English-language translators who were not aware of the animal, and the animal’s ability to make its home within the rocks of desert cliffs despite being feeble folk (more on that shortly) is something that drew a great deal of praise within the Bible.  Indeed, the Bible views hyraxes in a positive sense and draws some lessons that are well worth remembering, suggesting that if hyraxes are obscure for us, that they were definitely something that the Bible finds worthy of paying attention to.

Outside of the law, the hyrax is found in two passages that use the animal as a source of insight and instruction.  Psalm 104:16-18 tells us:  “The trees of the Lord are full of sap,
The cedars of Lebanon which He planted, where the birds make their nests; the stork has her home in the fir trees.  The high hills are for the wild goats; the cliffs are a refuge for the rock badgers.”  Here we see the psalmist praising God’s providential care for creation by looking at the way that animals find their home in the different parts of creation that God has created.  God planted the cedars of Lebanon (which, sadly, have long been destroyed due to the improvidence of mankind), and in those trees the stork found a home in the fir trees.  High hills and rock cliffs are not habitats that are highly regarded by many people, but they provide a home for the wild goats and rock badgers (another name for hyraxes), respectively.  Notably, Psalm 104 is providing us with a lesson concerning creation that we would do well to listen to.  That lesson is that God’s creation of the earth is not only for mankind or what can be done for mankind.  Rather, God’s creation also shows concern for other creatures whose well-being we may not always be well disposed to respect.  To the extent that we develop godly character, we will will care about the well-being of storks, wild goats, and hyraxes just as God does.

The final mention of the hyrax in scripture is from a source that is nearly as obscure as the animal itself, the wise Agur, whose insight includes a knowledge of the nature of God as consisting of the Father and the Son (an insight greater than mainstream Christianity and Judaism manages to have).  Among his other insightful comments in Proverbs 30 is a reference to the skill of the hyrax as part of a context in verses 24-28:  “There are four things which are little on the earth, but they are exceedingly wise:  The ants are a people not strong, yet they prepare their food in the summer; the rock badgers are a feeble folk, yet they make their homes in the crags; the locusts have no king, yet they all advance in ranks; the spider skillfully grasps with its hands, and it is in kings’ palaces.”  Here Agur talks about four small but wise creatures.  Ants are weak but prepare for the change of the seasons, showing that they are wise.  Hyraxes are feeble but can make their home in the crags, showing their skill at surviving in difficult terrain.  Locusts have no autocratic leaders (unlike humanity) but are able to maintain unity, something that human beings struggle with.  Finally, spiders are small but are skilled and able to make their home even in palaces where their webs catch unwary insects for their meals.

Looking at what the Bible has to say about hyraxes, we may note that twice the Bible says that hyraxes are not fit to eat, once the Bible says that God has providential care in providing a home for them and once the Bible says that their ability to make a home in difficult terrain despite their weakness is a sign of great wisdom.  This is obviously a lesson that human beings can take, since the same mountain fastnesses that hyraxes can make their home in are referred often by David (no insignificant authority) as being places of refuge where God protects those who call on His name.  And if God can provide protection and care for little rock hyraxes despite their obscurity, then there are at least two insights we can gain from that fact.  First, God will provide the same degree of care for us by providing us terrain where we can find a home regardless of our native feebleness as people, and second, we ought to have the same care for obscure creatures that God has.

I'm a person with diverse interests who loves to read. If you want to know something about me, just ask.
View all posts by nathanalbright →
This entry was posted in Bible, Biblical History, Christianity, History, Musings and tagged animals, legitimacy. Bookmark the permalink.

3 Responses to The Bible On Hyraxes