Book Review: If On A Winter’s Night A Traveler

Posted on February 15, 2019 by nathanalbright

If On A Winter’s Night A Traveler, by Italo Calvino 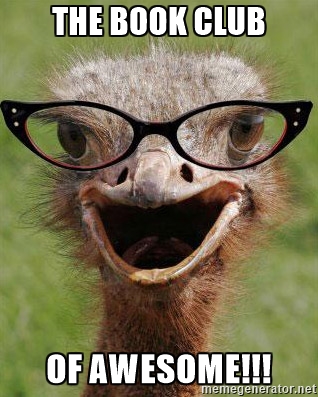 I might never have read anything by this author had I not seen a blurb for this book in a collection of great books I read over a decade ago.  And there are few books that I have read that are more Nathanish in the best possible way.  Not everyone will appreciate this book, but over the course of around 250 pages of fiction the author manages to deal with a suite of interrelated problems in a way that seeks to turn the author’s novel into a multilayered experience that wrestles with the question of the relationship between the author and the writer, the barriers to communication faced by readers, the struggles for intimacy between writers and readers and between readers and other readers who happen to read and enjoy the same books, and the author manages to do this without writing an interminably long and tedious essay but through the medium of writing a daring and experimental novel that consists of beginnings.  Even the book’s ending is a meta-ending in that it calls attention to a reader finishing the novel that the reader is himself (or herself) finishing at the same time.  As a combination between a brilliant if insanely complicated novel and a reflection on the task of communication that goes on between writers and readers, translators, textual critics, and governments, this book succeeds on all levels.

Again, though, this book is not a simple or straightforward read.  On one level, this book consists of twelve chapters that are interlaced with the beginnings of ten books.  As it so happens, the first of those ten books purports to be If On A Winter’s Night A Traveler by Italo Calvino, and thus the author makes the first layer of reality in having himself as a character and his own novel as a fragment within the course of the larger novel.  And we never move beyond the beginning of any of the ten texts that are discussed in this book, for various reasons.  Indeed, the effort on the part of the anonymous everyman reader to get to the bottom of the frustrated lack of closure to texts ends up involving him in obscure institutional politics, a relationship with a female reader who ends up being deeply involved in the efforts of a malicious publisher who wishes to disturb her by communicating with her through the sort of books she enjoys reading which he has mangled up.  The reader finds himself wrestling with questions of politics and the computational analysis of books to understand the mind of the writer through word counts and dealing with imprisonment in a nation where no one can be trusted and where censorship leads to imprisonment–a land not so unlike some I have visited and which have tormented my sleep.  And in the end, happily, for this is a novel, the reader’s search for closure and intimacy leads to a marriage with the female reader, and to the deserved happy ending the reader seeks.

But along the way, the author has brought up all kinds of issues and barriers to understanding that take place when it comes to writing and reading.  For there to be genuine intimacy between writer and reader there has to be trust that the publishing and (perhaps) translation of the text are faithful, and that there is something worth reading and enjoying in the text.  Furthermore, the enjoyment of texts involves one in questions of politics involving the body of literature that one is writing and involves one in intimate relationships with communities of readers who have their own thoughts and opinions and interests.  At any step along the way there are ways that this intimacy can be derailed by the inability to read a text, the lack of interest in reading through the possession of an agenda or an ax that one has to grind, and the fact that there are aspects to a book and layers that a reader simply may not pay attention to.  The novel has suspense, sex, intellectual humor, and despite its complexity it manages to be deeply, even obsessively, interested in the way that writers and readers relate to each other and appreciate the texts that form the basis of their relationship with each other and with other readers.  And what is more Nathanish than this obsessive interest in communication and intimacy and everything that imperils both of them?

I'm a person with diverse interests who loves to read. If you want to know something about me, just ask.
View all posts by nathanalbright →
This entry was posted in Book Reviews and tagged communication, Italo Calvino, literature, novel. Bookmark the permalink.