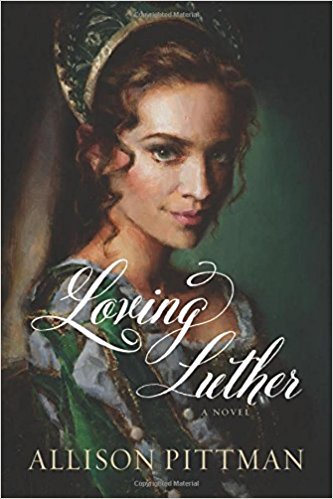 [Note:  This book was provided free of charge by Tyndale Blog Tours.  All thoughts and opinions are my own.]

From time to time I read novels instead of my usual nonfiction from Tyndale [1], and in this particular case the book is a real gem.  I must admit that going into this book I did not know a huge amount about Katherine Van Dora, wife of famed Protestant reformer Martin Luther.  I knew that she had been a nun, that she escaped from her convent in an empty fish barrel, and that she was a strong and capable woman whose relationship with Luther was loving but was not particularly romantic.  So, going into this four hundred page novel, I wasn’t sure what to expect, not being familiar with the author’s previous work.  Would this novel romanticize Martin Luther–who was nothing if not an anxious and mercurial man, or would it romanticize his wife, she of a fairly notorious strong personality?  Fortunately for the reader–and for this book’s value as historical fiction–it did not take the angle of romance.  To be sure, this is a book about love, but it’s a book about love between awkward people who struggle with intimacy, who are anxious and nervous in temperament, intelligent and somewhat fiercely witty.  It is, in other words, a very Nathanish sort of historical novel, and one that hits particularly close to home in its portrayal of Katherine Van Dora as a bright but deeply opinionated person whose romantic exploits border on the tragic.

This novel takes place in several parts and covers the period from the Katherine’s childhood, when her father gave her over with a small dowry to Christ as a child novice until her mid-twenties when Luther bluntly and somewhat awkwardly proposes marriage to her while she lives as a sort of house servant for some wealthy friends of Luther.  In between, we see over and over again that Katherine is deeply intelligent, has a real hunger for knowledge, and tends to rub people the wrong way.  She appears as a good friend but someone whose sharp tongue lands her in trouble.  Caught up in the search for freedom as a nun, after her escape she struggles to find a settled place and finds herself frustrated that Luther keeps on trying to set her up with inferior men when she finds herself captivated by Luther himself.  Rather than a romance novel, this book is set up as an education novel, on how a brave and unloved little girl becomes a bright and intelligent woman and how she learns to find love even when she does not always feel very lovable.

As might be imagined, this is the sort of novel that hits really close to home for me.  While I am no Luther scholar myself and do not know exactly when and how Katherine van Dora found out about Luther’s preaching and writing, this book makes an interesting case for a long connection between the two.  Luther’s first appearance is one that might come as a surprise when as a young confessor he encourages Katherine about her eating biscuits at night by reminding her of the rules about not eating in bed because food and crumbs draw rats.  Through the way the book focuses on the perspective of Fraulein van Dora, the reader is led to a fairly natural conclusion that the two are meant for each other, and that neither one of them is conventional.  Why Martin Luther should have been so anxious and timid in matters of the heart is something that the book does not explain, although this book gives plenty of explanation why an attractive but strong-willed woman like Katherine would be less ideal as a wife than the rest of her fellow escaped nuns, who all find spouses for themselves pretty easily.  Some things haven’t changed much since the 16th century, sadly, when it comes to the inverse relationship between a sharp wit and a clever mind and the ease of success in love and intimacy.

I'm a person with diverse interests who loves to read. If you want to know something about me, just ask.
View all posts by nathanalbright →
This entry was posted in Book Reviews, Christianity, History and tagged Germany, literature. Bookmark the permalink.